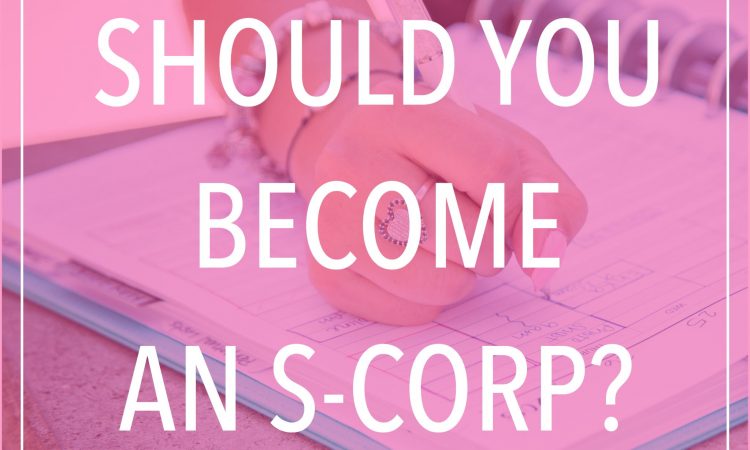 What Is An S-Corp?

An S-Corp is a tax election available to LLCs (it’s also available to Corporations, but I’m not getting into any Corp stuff here). If someone says they are an “S-Corp”, what they really mean is they are an LLC that has elected to be taxed as an S-Corp. See, LLCs by default are taxed exactly the same as a Sole Proprietor–so when people tell you that there are tax benefits to becoming an LLC, that’s simply not true by default. The tax benefits are available when S-Corp status is elected. Now, let me back up because there is a very black and white rule that will let you know whether or not S-Corp status will actually provide you with any benefits.

When Should I Become An S-Corp?

Because of the rule that S-Corp owners must be on payroll–and paying payroll taxes–it does not make any sense for a business owner to elect S-Corp status before they are making at least $30,000 – $50,000 in PROFIT annually. So, that’s income – expenses for the entire year. Before that point, you really are in no position to be paying yourself a “reasonable” salary. Now, what’s “reasonable”?, well that’s pretty subjective, but for most people, a “reasonable” salary is nothing under $30K per year at minimum. That’s my own professional opinion of a solid threshold. A lot of people are super eager to jump into S-Corp status at the get go because they’ve heard so many rumors about it–it’s more “legit”, there are insane tax benefits. These rumors are not true. It’s not more legit than a Sole Proprietor. And there definitely aren’t any tax benefits until you can actually meet the requirement to pay yourself and pay payroll taxes. In fact, becoming an S-Corp is a lot more work. That being said, when you do reach this threshold, it is definitely worth exploring.

How Do I Become An S-Corp?

The first step is to hire a CPA–someone like me! (Side note, if you want to explore working together, click here). I would never in a million years recommend S-Corp status to anyone who is not ready to outsource their bookkeeping to a CPA on a monthly basis. More on that later. Basically, when you’re ready to explore S-Corp status, you need to book a consultation with a CPA–backing up a second here, if you don’t have your finances organized, do that first (for more on how to get your finances organized in a really easy and quick way, download this free blueprint). Once you decide that S-Corp status will end up providing you with tax benefits, form 2553 needs to be filed with the IRS. The next step would be onboarding with monthly outsourced accounting and within that service, getting setup on payroll. If you’re not at the point where you can afford monthly outsourced accounting to the tone of $1K per month, it’s probably too soon for you to become an S-Corp. See, the whole point of being an S-Corp is because you have too much profit. More on that later.

What Are The Requirements for Being An S-Corp?

As I had mentioned a few times already, the one very clear rule is that the business owner of an S-Corp needs to be on payroll–as in they are now an employee and the owner of their company–and they need to be receiving a “reasonable” salary. The reason you’ll need outsourced services is because as an S-Corp, your finances need to be maintained accurately and using a software. If you’re doing your own bookkeeping, I highly advise against softwares (read more on that here), but as an S-Corp it’s absolutely a requirement to have a CPA handling your finances. During tax time, you’ll have to provide a balance sheet–and that’s pretty hard to do with a spreadsheet. Not to mention, again, if you’re not ready to commit to the cost of monthly outsourced accounting, don’t become an S-Corp. When tax season rolls around, you’ll also need a CPA to file your taxes for you. This is because your taxes automatically become more complex. They are no longer filed together with your personal tax return, but rather on an entirely different tax return called an 1120S. Because of the complexities, the one thing that’s required for an S-Corp is hiring a CPA for monthly services and for tax prep.

What Are The Tax Benefits For Becoming An S-Corp?

As an S-Corp, you’re not taxed on your business profits. Instead, you’re taxed on your salary. The self employment tax rate is 15.3%. The amount of payroll taxes that you’ll pay total 15.3%. So this is where the minimum profit comes in. Ready for some math? Let’s go.

What Other Options Do I Have?

Spend your money! My personal favorite way to lower your tax liability–especially in the beginning–is to invest! Outsource the things you don’t want to do–this lowers your profit and thus your tax liability, and it frees up your time. Once you get to a point where you’ve basically outsourced everything you wanted to, you’ve invested and up-leveled your systems, processes, equipment, softwares, etc., and you STILL have $30K+ in profits at the end of the year, S-Corp is going to be your best bet.

Want to know the first things you should do as a business owner?

GRAB YOUR FREE BLUEPRINT BELOW 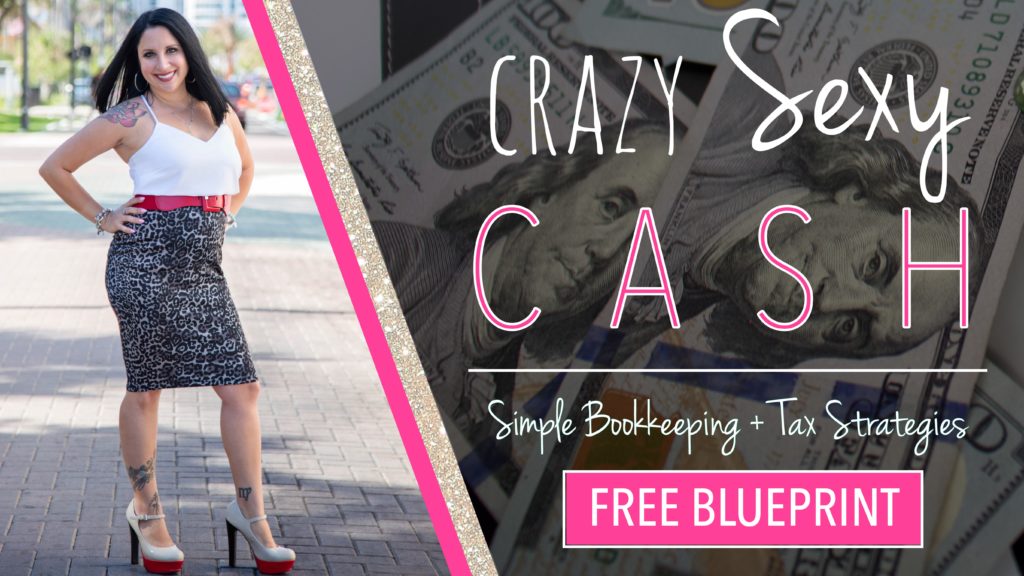 Alexis is a CPA, the founder of Advance Accounting, LLC, and the creator of BossLady Academy. She is dedicated to helping fast-growing businesses as well as startups to maximize their business profits. Using easy to understand methods, Alexis has helped women gain confidence in their business finances and has helped them scale to the next level. She provides comprehensive trainings and setup services for startups to be able to maintain their own accounting easily, and provides fast growing companies with complete outsourced solutions so they can focus on what they do best. Through her training and services, she saves entrepreneurs tons of time, money, and stress.

Can we talk about all the amazing things you get i

Stop stressing about your finances and start relax

New Month New Goals!!! What do you do to set yours

Financial literacy is KEY to a successful business

There is no real secret to success, no one path, n

Here’s how you’re sabotaging your success: ⠀

What if getting your business setup correctly didn

Let’s be real—ignoring your finances is betray

So many new friends + followers. Time to reintrodu

Sometimes I work from my phone while sunbathing in

It’s been a HOT MINUTE since I pulled tarot for